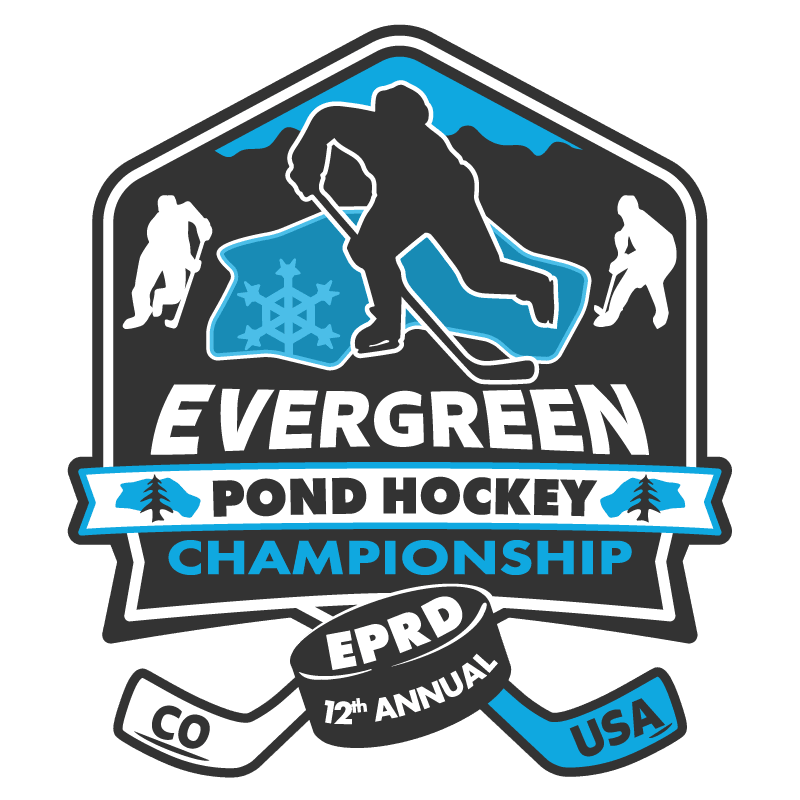 2021 Pond Hockey Championship - Check back in October 2020 for details

The Leafs won the 2020 Evergreen Pond Hockey Championship, organized by Evergreen Park & Recreation District (EPRD) on the largest Zamboni-groomed outdoor rink in the world. 46 teams competed in the tournament on the 8.5-acre rink on February 1 and 2 at Evergreen Lake.

The 2020 Evergreen Pond Hockey Championship, organized by Evergreen Park & Recreation District (EPRD), was held February 1 and 2, 2020, on the 8.5-acre rink at Evergreen Lake.

Teams will compete for prizes for the champions in all divisions.

Tournament start at 7 AM each day. Teams play a minimum of three games each, with two 15-minute periods per game, 4 on 4 (with teams of up to eight members to facilitate player rotation).

Registration is $400 for the Open, Rink Rat Open, and Rink Rat Amateur Divisions.

The open Division is considered the most competitive division of the Evergreen Pond Hockey Championships. This division is for men and women 18 years and older. Open division teams can consist of Division 1 hockey players, college or high school greats. Each team will be guaranteed a minimum of 3 games Saturday with the top teams advancing to the finals on Sunday. These teams may have up to 8 players with 4 on the ice at a time. The remaining two teams will compete for the championship with only one team emerging triumphant to win the bragging rights for 1 year as the Open Division Champions!

The Rink Rat Open Division is for men and women ages 18 and older that are dedicated to the pond, but may not have the skills to compete against former college or high school greats. Each team will be guaranteed 3 games on Saturday with the top teams advancing to the finals on Sunday. These teams may have up to 8 players with 4 on the ice at one time. The remaining two teams will compete for the championship with only one team emerging triumphant to win the bragging rights as the Rink Rat Open Division Champions for 1 year!

The Rink Rat Division is for men and women ages 18 and older that love the game, but are strictly in the amateur category. This means players don’t participate on regular basis or at all in leagues and would rather play when there’s ice outside rather than being stuck inside on a sheet of ice. Each team will be guaranteed 3 games on Saturday with the top teams advancing to the finals on Sunday. These teams may have up to 8 players with 4 on the ice at one time. The remaining two teams will compete for the championship with only one team emerging triumphant to win the bragging rights as the Rink Rat Amateur Division Champions for 1 year!

Team registration can be mailed in, paid over the phone with a credit card or by registering online. Tournament Hours: Warming Hut will open at 5:30 AM. Registration and check in will be from 5:30 AM to 6:45 AM. Tournament will begin at 7:00 AM (unless otherwise informed by staff) *TEAMS MUST BE PREPARED TO PLAY BOTH DAYS* Make all checks payable to EPRD. To register by phone, please contact Stacy Lohr at 720-880-1311 for more information. All credit cards accepted.

Cancellation Policy: If the tournament is cancelled due to weather, a full refund will be returned to the team or the full amount may be applied towards the following year’s tournament. Teams may cancel their registration 20 days prior to the event and receive a 75% refund. There will be no refunds after that deadline. The Evergreen Pond Hockey Championships is brought to you by Evergreen Park & Recreation District and all proceeds benefit the District and the Evergreen community.

1. The winner of a captain's coin toss will determine which goal to defend or captains will agree without a coin toss. Teams will switch goals after the first half.

2. All players must wear a helmet, gloves and hockey skates. Additional protective equipment is optional but highly recommended.

4. All teams must have light and dark jerseys or uniforms.

5. You must be at least 21 yrs old to drink alcohol at the tournament. NO outside alcohol allowed.

6. There will be one off-ice pond official to monitor the play (scoring, time, puck reset, and arbiter of infractions).

9. Abuse of officials will be considered a major penalty. This includes yelling, swearing, or arguing about calls.

10. No checking is allowed. Such action will result in a minor penalty unless deemed serious enough to be a major (see off-ice pond official).

11. No slap shots allowed. Such action will result in a minor penalty.

12. Players cannot fall or lay on the ice in an effort to protect the goal area. Such action will result in a minor penalty.

14. Contacting the puck with a stick above the waist will result in a loss of possession.

15. Saucer passes (i.e. pucks that are lifted low, below the knee) are acceptable.

16. If a puck goes out of bounds, the last team to touch it loses possession. During restart, the defender must give his opponent 2-stick lengths of space.

17. There are no off-sides or icing calls.

18. Goals must be scored from the attacking side of center ice.

19. Referees will call out the score after each goal. This includes goals scored by players or awarded from minor penalties.

20. Teams must give their opponents 1/2 ice after a goal is scored or an infraction takes place.

21. Games will be composed of two 15-minute halves with a 2-minute halftime.

22. In the event of a tie during both qualifying and championship games, the play will move to sudden death format.

23. All games are running-time and substitutions can be made during play ("on-the-fly") or while a puck is being retrieved. There is no stoppage of play after a goal is scored, or after a penalty is awarded. It is up to each team to ensure that there are only four players on the ice.

26. Setting picks in offensive zone is not allowed. Deference will be given to a defender in from of their own net where their progress is impeded by the pick or interference of an offensive player.

27. All players must visibly display their credentials during the game. Players without credentials are not allowed to play.

28. Players can only play on one team and players must be at least 18 years old to compete.

Evergreen Pond Hockey Championships brought to you by Evergreen Park & Recreation District will be held in February 2020 at the Evergreen Lake House. EPRD would like to thank their sponsors which help make this event possible. 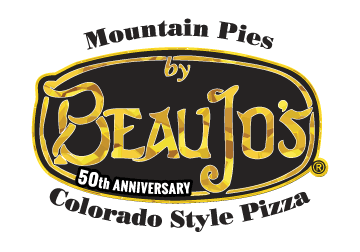 There are different levels of sponsorship available for this tournament as well as exposure throughout the skating/hockey season. Evergreen Lake attracts local residents, individuals from all over Colorado, as well as out-of-state visitors. As a sponsor of this event you will have the opportunity to promote your business/organization through various opportunities.  If interested in sponsorships, please email Stacy Lohr at 720-880-1311.